SAN ELIZARIO, TX – You have probably heard about San Elizario High School (SEHS) through the success of many of our student-athletes in cross country and soccer, as they have won numerous team state championships. Over the years, the San Elizario ISD has established itself as a true Community of Champions. The San Elizario Independent School District (SEISD) has taken purposeful focus on creating a place of pride and reflection by honoring student-athletes with the Pathway of Champions Plaza. The SEISD is on track to reveal the ninth Texas-shaped monument on the Pathway of Champions, better known to the community as the Paseo de Campiones, in honor of the SEHS Boys Cross Country team who brought another state title home in November 2021. The Pathway is located in the front of SEHS along Socorro Rd., where all can see it as they drive by.  SEHS is located at 13981 Socorro Rd, San Elizario, TX.

The SEISD is composed of six schools located off Socorro Rd. Additionally, the district is in San Elizario, Texas, near the Juarez, Mexico border. As a school located along the international border, the consistent success proves the strong resiliency of the student-athletes representing the district of San Elizario and the Community.

The SEISD has been winning state championships since 1977 when Mr. Ray Johnson won the state UIL Track & Field - 1600M and defended that state title again in 1978. The SEHS has 34 state wins between individuals and teams' efforts to date. Since 2007, the SEISD has welcomed consecutive state championships in Skills USA and Athletics and even garnered a 2013 Texas Elementary Teacher of the Year state win. Each win proves that the district's small size and the zip code location are not barriers to success.

The evident state wins, and the Texas-size monuments inspire future students to see themselves as true champions. Discipline is the strength of the programs that consistently cultivate championship after championship. Cross Country Head Coach Cesar Morales states, "A question everyone asks is, what is the formula?"  Morales continues, "Well, there is not one. The key is consistency and motivation with a grounded belief to trust the process."

The SEISD believes in every student, and the entire team commits to bringing out the best in all students. The SEISD truly is the place where eagles soar! The construction of the Pathway of Champions to honor the 9 UIL State Athletic Titles earned by athletics now consists of six monuments representing the multiple state championships in Cross Country and three monuments representing the boys' Soccer state titles. The Pathway of Champions also has a Wall of Champions honoring individual state championships that go back to 1977 in Track and Field. 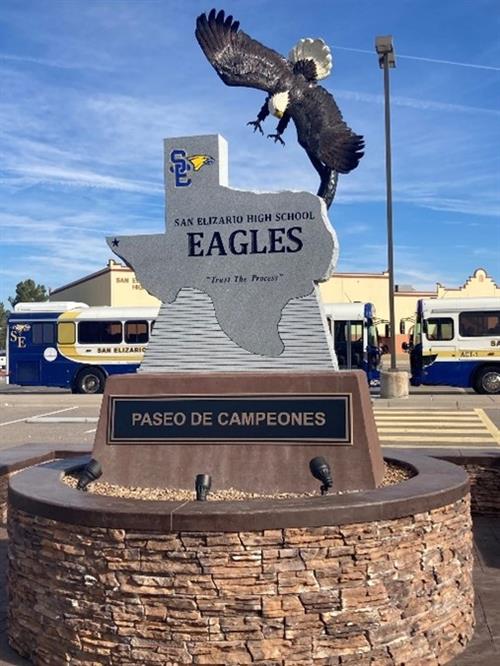 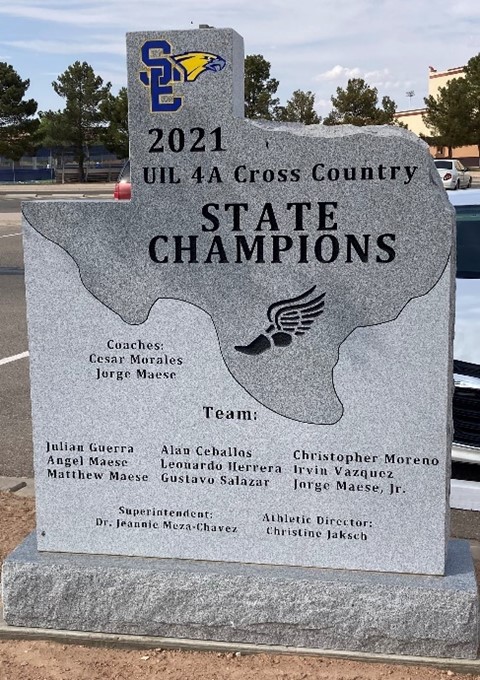 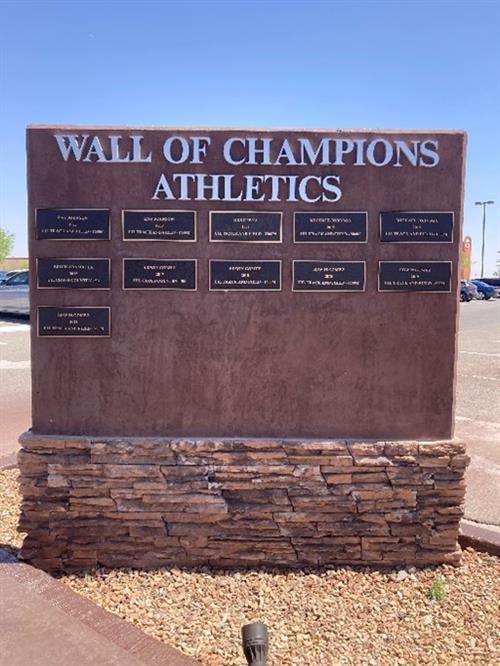 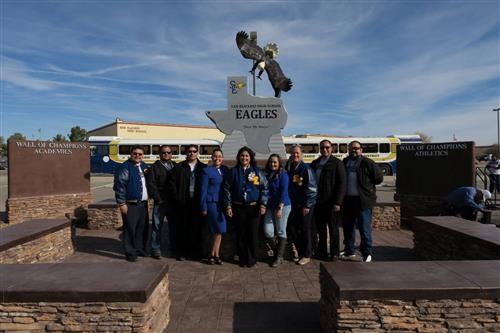