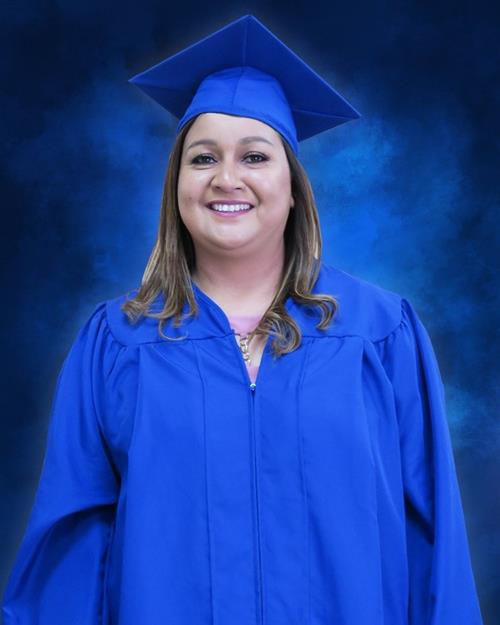 During her first two years, Erica admittedly did not take high school seriously enough, earning only marginal grades. As graduation drew closer, Erica buckled down with her studies, and her grades improved. Erica was earning her credit hours and was proud to be graduating on time. In 2006, passing the TAKS, a State-mandated test, was a requirement to graduate. Erica did her best, of course, but try as she might, she was unable to achieve a passing score for neither the science nor the math portions of the TAKS test after attempting each no less than eight times. Erica was devastated, understandably, when she received the news that her graduation goal, she had worked toward tirelessly for twelve years would not take place. Walking the stage in a cap and gown with her classmates was not feasible because of her performance on the state assessments.

After high school, with no other viable options, she was relegated to work a series of minimum-wage jobs. This path was a temporary and predictable means to an end, but the outcome never gave rise to anything more than dissatisfaction and knowing she would not ever rise to the unfulfilled potential inside her. Her lack of a high school diploma prevented her from one opportunity after another.

The passage of time, combined with life's unexpected twists and turns, saw Erica become a wife and mother. She continued working unsatisfying, low-paying jobs not requiring a high school diploma. Now in her thirties, she was "content" with this phase of her life, but still felt cheated that she never got to graduate despite completing her required coursework.

As the COVID-19 pandemic spread into the San Elizario area, the virus took a toll on her family’s health. Her children became ill, and she did not have the background knowledge to understand what was happening to them. She lost both of her grandparents and felt helpless watching them struggle against the virus. She dreamed of one day having a nursing career in which she would learn the skills to take care of others.

Erica remembered that she had heard something about a program to help former students graduate who were in her situation. Although she did not know the name, she had heard about Senate Bill 463. Erica came to the San Elizario Independent School District Administrative offices to get more information. She filled out an application, and her old high school transcript was reviewed. Her test scores were looked at, and Erica contributed an essay and a personal reference to her documentation. The high school held an SB 463 graduation committee meeting, and Erica’s story was finally heard. It was determined that she met the requirements for graduation under SB 463.
On August 18, 2021, Erica Rodriguez finally became an official San Elizario High School graduate. On September 27, 2021, Erica started nursing school. Her children are most definitely proud, and she proved at age thirty-three that it is never too late to start a career or make a long-held dream come true.  Erica Rodriguez states, “I want my children to learn from me that it’s never too late to start a career. I want them to be proud of me.”

Senate Bill 463 was signed into law to help former students in similar situations. Graduation might be possible under this law if you, or someone you know, meet these criteria:

The application for SB 463 and additional information may be found at this link: https://www.seisd.net/Page/419.

Please help our family of San Elizario Eagle alumni grow by spreading the word about SB 463. Your encouragement might just be someone’s ticket to a better life!